Menu
Work with Me

Yes, I was named among the US Department of State’s Young Leaders 2018 cohort 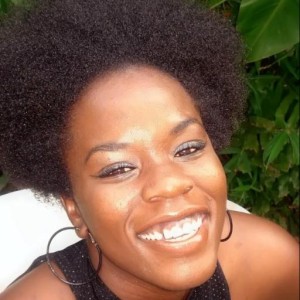 It’s official! I was named among the 2018 cohort of leaders participating in the Young Leaders of the Americas Initiative (YLAI) Professional Fellowship. While I can comfort myself with the knowledge that I have been doing good work for a long time, being numbered among the eight Jamaicans selected as a part of the YLAI Fellowship was in many ways a professional and personal game-changer. Before, I get into the many ways it changed the dynamic of my work and professional life, let me backtrack and tell you a little about the Fellowship.

The YLAI Professional Fellowship is a US Department of State’s Bureau of Educational and Cultural Affairs initiative spearheaded by former United States president, President Barack Obama. The fellowship that was announced to the world at the University of the West Indies (UWI) Mona during a town hall meeting scheduled as a part of President Obama’s historic visit to Jamaica in 2015. I remember watching the town hall meeting at the time with some of my peers across Twitter and thinking, that would be a cool programme to be selected for. Still, I never thought it would be something that I would be able to participate as an artiste. After all, as business-savvy and innovative as I would like to think I am, creatives have a bad rep where business best practices are concerned. Anyway, here’s more about the programme.

YLAI is a professional fellowship designed to help approximately 250 socially-focused entrepreneurs throughout the Caribbean and Latin America access the entrepreneurial tools and resources they need to build their start-ups or scale their enterprises or business ideas. Among the opportunities afforded would be a 5-week stay in the United States in a selected city hub, understudying a business or company in a relevant area of practice, or with relatable or similar goals.

To qualify, YLAI hopefuls would go through a relatively extensive application process (including interviews if they got that far).

As stated prior, I was selected among eight Jamaicans to participate in the Young Leaders of the Americas Initiative (YLAI) professional fellowship. Yet, the truth is, I applied for the Fellowship on a whim after coming across the information through happenstance. It was the suggestion of a colleague while working on a short contract at a popular Jamaican financial institution that I learned about the Fellowship and was encouraged by her to apply. At the time, I was already in a place of revamping a lot both professionally and personally while working in the Business Process Innovation Unit of that institution. Consequently, I was learning a lot while making changes and had made a commitment to myself to try new things; to learn and grow as much as I could to facilitate what I was trying to build. On that basis alone, I applied. At least I tried right?…right. After applying I completely forgot about it, assuming they would never let a creative anywhere near their programme. By the time I had remembered that I applied I assumed I would have heard from them already and so figured, I was not shortlisted. Boy was I wrong!

It was approximately one week after believing I was not shortlisted that I received the email stating that I was named among the semi-finalists selected to do a panel interview. At this point, only my colleague who introduced me to the YLAI opportunity and my mama were aware that I had applied. My father found out only when it got to this stage of the interview by virtue of me being at home with him at the time to help him deal with post-surgery recovery.

Interviews were to be held at the US Embassy Kingston, and I had just about a week to prepare. The interview would be on a Wednesday, which I remember clearly as I was meeting a dear friend at the time (Elva Ruddock) for lunch later that afternoon. I did all I could to prepare for the interview and get clear in my message and overall vision for the Kei Dubb brand, as well as the plans I had for a digital business planning platform for creative professionals called the Digital Learning Centre where I would house the methodologies and automated planning tools I had developed. The methodologies and automated planning tools were, in fact, my real selling point. It was the crux of how I operated as an artiste who was entrepreneurial and ‘business-savvy’ in her outlook and practice. As for the interview, the same was held at the US Embassy in Kingston, Jamaica, (which, if you’ve ever been to the embassy in Kingston, you know is intimidating enough).

While I imagine I interviewed fairly well (judging by the outcome of being selected), I hardly think my business was the best one among the bunch (or even one of the best eight to be honest). Again, while I believe in what I do and that I have a great idea that could flourish if someone would take a chance on me, I met some of the talented young men and women who were also selected for an interview and can say they are really great. On paper, I perceived myself the least of the apostles. Suffice to say, I really have no idea why I was chosen to be a participant in the YLAI programme saving for being ‘different;’ perhaps, the very thing I thought disqualified me for the opportunity.

Looking back, maybe I simply underestimated some of my own abilities and achievements. Or perhaps those achievements were simply unique for my industry and artistes functioning at my level. Still, I say none of this to dumb myself down. The fact is, there were a ton of great applicants in more structured and ‘business-friendly’ industries than I who had ideas, inventions, projects, and businesses that they were just as passionate about and far more accomplished in than I was. My only resolve is that the good folks on that panel had more faith in me than I had in myself and could look beyond what was, had been, and what could be.

This is particularly true when I consider the fact that the interview came during a time when everything I was doing is new. It was a time filled with uncertainty surrounding whether this new direction (amazing on paper) is one that would prove fruitful, as I was laying new foundations for both my life and career.

Needless to say, I did the interview and received the official email concerning my acceptance into the programme as an official Young Leader all in the same day. I was excited. Elva had just taken me home and I got in and checked my email and learned that I was accepted. I immediately sent her a WhatsApp message explaining what my interview was about and that I was accepted into the programme. Elva immediately sent me a voicenote about how happy she was for me and my progress. The voicenote was hilarious and genuine, just like my friend; and I still have it to this day. She was the only one along with my mother and later my father and the colleague who suggested I apply who knew that I had applied and it was successful.

As intimated, there is not one specific thing I can pinpoint and say that ‘this is the reason for my selection into the programme.’ In many ways, it felt divine as all happened very serendipitously and would continue to be the catalyst for many synchronicities and ultimately become the break that I needed on many levels. If I were to try and pinpoint any element I thought was a selling point, it would, I do suspect that a major selling point was my work in reframing the management of my creative career. My approach was a new one that followed on the heels of my decision to heavily focus on a tech-based model for Kei Dubb where a minimum of 70% of content, products, and services delivery is digitally supported in processes, distribution, access, and consumption.

A key part of the new tech-thrust at Kei Dubb was a focus on further developing and making widely available the innovative business operations methodologies I created with creative services professionals in mind to streamline their business operations. Again, modern technological tools, particularly internet-based ones would become the vehicle for the same. This focus was bourne from my belief that creative services can and should be able to benefit from the structure and operational support found in business best practices from other (more traditional) industries in order to be sustainable. I also purported that these traditional business processes can be implemented with a few tweaks so that they may better capture the transient features of the creative services production and delivery. These refined processes would be furthered through being tech-based in their access and functionality.

The combination of all the above, applied to services in the creative industries help to ensure that independent practitioners and enterprises alike can build a profitable and impactful creative business career. Admittedly, this flies in the face of the popular option of resting solely on serendipitous opportunities or lucky breaks that change everything – for a while anyway as I believe we are waking up as creatives and becoming savvier in several areas, including, business and technology.

The Experience From Where I Stand: What I Hoped to Achieve, What It Provided, and Where I Am Now

If I were to sum up what I hoped to achieve from this opportunity in one word, that one word would be ‘platform.’ I wanted a platform that would allow me access to new knowledge, new networks, and new opportunities for financing, profitability, and expansion of reach in the world. Admittedly, being selected is in many ways all this and more on its own. It is a validation and stamp of approval that what I have been doing and working on for so long has some value and can be as impactful as I imagined it could be.

Undoubtedly, there were many valuable experiences that I had during the course of the YLAI Fellowship in the United States. My experience carried me across several US cities and connected me with businesses across the US, Latin America, and the Caribbean. While these experiences were great, and I am grateful for all of them, the real strength of the programme lies in the parts you can’t pay for. You can pay for trips and perhaps work your way into meetings with select businesses you are interested in working with. However, you cannot pay for the kinds of network you are exposed to. The YLAI programme included over 250 entrepreneurs from all across the Caribbean and Latin America and a network of support that would extend far beyond the length of the Fellowship.

Today, thanks to being a YLAI Fellow, I’m the beneficiary of many opportunities that lend themselves to the growth of my businesses and creative ideas. Still, perhaps even more important are the many lives I’ve been able to impact and be impacted by along the way. Another amazing thing I wouldn’t trade that you simply ‘cannot pay for.’

How the visuEats App is Making Me Into A Whole Foodie

Purpose, Passion, and Position: Who I Am, What I Do, and Why

Yes, I was named among the US Department of State’s Young Leaders 2018 cohort